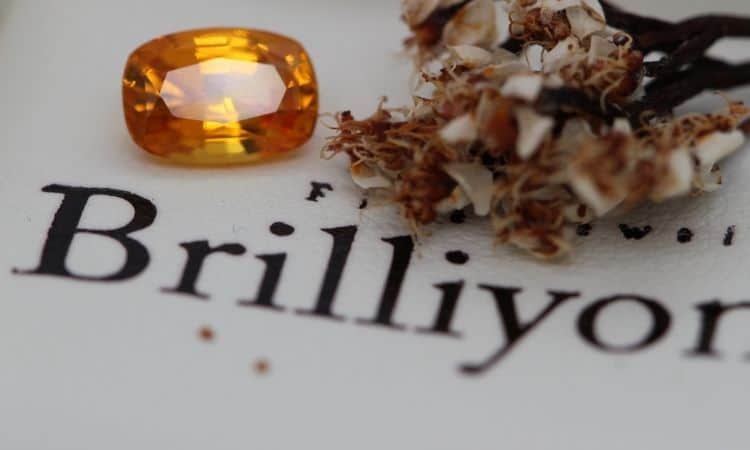 Ceylon (Sri Lanka) is one of the most renowned destinations for top-quality sapphires, and is possibly the top destination for the famed blue sapphires, in the world. A country that has been refereed to as Gem Island (Ratna-Dweepa, which is a reflection of its abidance of gems), is one of the biggest gem producing nations in the globe, and it is also among the few countries that has had a long and rich history in the gemstone trade. Ceylon’s history in the mining, and trade of sapphires is one that stretches back thousands of years. A history that is filled with great events, traditions, and practices that sets it apart from those of other nations. For it is not only in the mining and trade of sapphires where the differences lies, but also in the wider culture that characterize the development of Ceylon Sapphires. For the practices, and the norms that distinguishes Ceylon sapphires, did not develop overnight. For those who are curious to know more about this mysterious land of gems, it is worth learning about what makes Ceylon Sapphires special, by delving further into its rich history.

The island of Sri Lanka, formerly Ceylon, has been inhabited for tens of thousands of years. And has a recorded civilization that dates back thousands of years, with traditions that can be traced to around 500 years before Christ: to around 543BC with the arrival of Prince Vijaya, events which have been recorded in the Mahavamsa, the ancient and sacred text of Ceylon’s history. However, excavations by the nation’s Archaeological Department have revealed the presence of several ancient burial grounds. Some of them being been dated back 1,000 years BC or possibly earlier. Interestingly, among these unearthed burial sites, precious gemstones have also been uncovered. Indicating their ancient use.

This is unsurprising since the origins of sapphires and other gemstones in the Island nation goes back millions of years. With the process of development that led to them-tectonic thermal events-stretch back hundreds of millions of years. Geological events that affected other prominent gem producing nations like Madagascar, Myanmar; when they were part of a united continental landmass, that broke away hundreds of millions of years ago. Due to its ancient geological character, when it comes to sapphires, Ceylon has among the highest density of gem deposits in the world,

A key indicator of Ceylon’s historical significance in the trade of gems is the many prominent references that have been made in relation it by renowned figures of old. The 13th-century Venetian explorer Marco Polo observed that the island being among the best sources of sapphires, topazes, amethysts, and other precious gems in the world. The great 2nd-century astronomer Ptolemy is recorded as having referred to Ceylon as the “Island of Taprobane” and is believed to have referred to its abundance of gems. Given its advantageous location in the middle of the Indian Ocean, the Island of Ceylon has long been a hub for traders. In ancient times, these notably involved those from the Middle East and Persia, who gave the Island the name “Serendib” around the 4th and 5th, and referred to it as “the land of rubies”. Interesting to note, rubies are not the type of gemstone that Ceylon is best known for. However, that does not mean it is not blessed with an abundance of coloured gemstones: sapphires and beyond. Including the extremely rare Padparadscha sapphires. 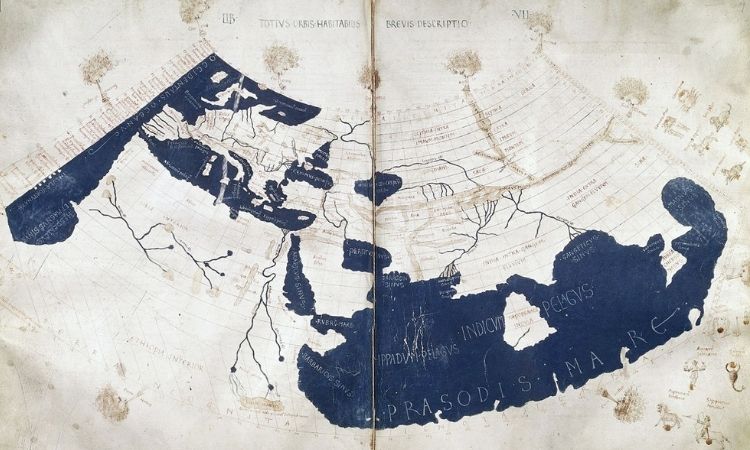 Ptolemy's world map, the island of "Taprobane" (Ceylon or Sri Lanka, oversized) showing oversized is an indication of the importance of the island in the world trade at that time

European Colonialism and the Trade in Ceylon Sapphires

Ceylon, before it became Sri Lanka, following independence, had a long history of European colonial rule. From the Portuguese, the Dutch and finally the British, the island nation has attracted the attention and ambition of foreign powers. Under European rule, the country’s natural resources naturally came under the stewardship of its new rulers. The country’s rich natural environment, notably its cash crops were managed by foreign leaders. Naturally, the other major natural resource of this island, gems, also came under their dominion. Notably, Great Britain, whose landmarks, and symbols of authority dot the capital and other major cities of the country. With its contribution to the development of the bountiful tea, rubber crops being a heritage of British rule.

However, what is interesting is that the gem trade was one of the few areas that were left relatively unaffected by the actions of colonial rulers. With much of the trade-in gemstones left in the hands of local traders: those of Middle Eastern origin and of the natives. One of the reasons for this lack of interest in the precious stones of the country is that colonial powers, notably Britain were too preoccupied with the diamond trade: and the global networks they were establishing. Following independence, the natives of the island soon realized the potential of their vast gem reserves. In time the rich supply of gemstones, like sapphires, become a source of pride and commerce: As a salable commodity and the global attention, it has generated for the country.

The Gemstone History of Ratnapura: The City of Gems

One cannot speak about gemstones and sapphires in Ceylon without speaking about the mystical gem rich city: Rantapura: which quite literally means, ‘the city of gems’. Ratnapura contains the most discovered gem deposits in the Island nation to date; fueling an industry that has sprung up around the town and villages; most of which are essentially built atop the mining, curing and trade in gemstones. With sapphires leading the way. The “city of gems” holds a special place in the Island nation, where its very culture has come to be defined by its trade. From small jewellers to major jewellery mining and trading companies, to the countless traders and gem merchants who are spread across the towns and suburbs.

Ratnapura has been a part of the mystical imagination since ancient times. According to the Arabian Nights, when Sinbad, the mythical sailor, when he crash-landed on the Island, is said to have made his way to this mysterious, gem rich town. In addition to its mystical character in the popular imagination, what sets ‘the city of gems’ apart is its position as the main gem trading hub in the nation, Any visitor to Ceylon, is bound to visit this wonderful city and take in its wonderful atmosphere. Even if you are not a gemstone seeker, or jewellery buyer, the bustling streets, the countless gem shops, and jewellery stores, to the wider environment where sapphires are mined, adds to a magical experience.

Famous Ceylon Sapphires over the Years

Given the abundance of sapphires that come from this region, it is unsurprising that Ceylon has produced some of the most prominent sapphires in the world. Whose significance lies in their popularity and size. Sapphire and gemstone enthusiasts would have heard about the Star of India: a massive 563 + carat blue sapphire, that features unique star-like lines, an effect known as asterism, on both sides of the gemstone. A freak of nature, that owes its unique white lines to the presence of the titanium ecocide, rutile; that combined with its size puts it as one of the rarest objects in the world.

Speaking of famous sapphires how can one not speak about Princess Diana’s engagement ring. Arguably the most popular fine jewellery item of that type in the world: one that was set with a deep blue, 12-carat sapphire centre stone, that was set within a ring of white diamonds. The acclaimed ring, that was passed onto her son, is, as reported by the BBC, is believed to have held a sapphire that originally comes from Ceylon. This is not a stretch, considering that Ceylon is arguably the top destination for sapphires and the No 01 location for blue sapphires. Notably, the Royal Blue type, which Ceylon is renowned for

What I can help you with today?